Launch Control – Episode 1: Rinse & Repeat
In this debut episode of Launch Control, Subaru Rally Team USA driver, David Higgins is preparing and training in Wales, UK for the upcoming season, while the Vermont Sports Car team is hard at work preparing the 2013 Subaru race cars. The day their season finished in 2012, was the day preparation for 2013 began.

If there is a team that knows what goes into winning a championship, this would be it. Subaru’s 2012 Rally America championship victory marked their 2nd in a row and their 6th in 7 years. Rallycross, on the other hand, is relatively new for the team. Competing against established rallycross teams from Europe, the learning curve for Bucky Lasek, Dave Mirra, Sverre Isachsen, and the team has been steep. New venues. New race format. New Rules, New Cars. As quickly as the three Subaru STI’s ran on-track, the pace of development at the race shop has been just as quick.

Watch for Episode 2 on May 1st. 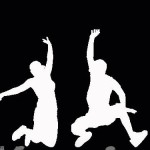 Uk based photographer, love being creative and pushing my own boundaries. Started out with a Nikon D70 6years ago, i now shoot with a D7000 and various lenses around the UK. From the extreme speed of rallycross to local rallying and everything in-between. I have previously worked along side Marcus Gronholm during is 2012 GRC season. Visit Site →