The healing road is a long one, but on a motorcycle that isn’t necessarily a bad thing. That’s the premise behind the Veteran’s Charity Ride To Sturgis, which is taking off from Los Angeles in just a few days. Combat vets, like anyone who experiences intense physical or emotional trauma, can become quite withdrawn from friends and family. They can lose self-confidence, their sense of self worth, or they can just be flat out exhausted by daily tasks that used to be so simple.

Just when you need good people around you the most, you turn inward and avoid contact. To counter this there are things like therapy dogs or activities such as managing livestock or crops. These are ways to be responsible for something outside yourself without the constant interaction needed in the hustle-and-bustle of the modern world. Just getting outside your own head for a few minutes can break a debilitating cycle that many people live in, silently within their own thoughts.

Another great option is motorcycles. You can ride with hundreds of other people, but in the end it’s a solitary experience until the next fuel or rest stop. There is an old cliché; therapy is expensive… wind is free.

The Veteran’s Charity Ride To Sturgis knows this. Their  aim is to take wounded and amputee vets on a nine-day ride to the annual rally in Sturgis, North Dakota. This famous biker pilgrimage is a bucket list for for bikers but it’s also a damn good chance to get together with your brothers and sisters and put some miles under your butt. Indian Motorcycles is helping the organizers out with bikes, trikes, and sidecars so that physical disability won’t stop someone’s participation. Last year the group took eight veterans on the ride; this year they’ve managed to double the number.

The ride begins July 30th and incorporates a lot of backroads to keep the fun level higher. The route stops in obligatory spots like Las Vegas, Bryce Canyon, and Moab. The vets will pass through towns large and small, getting a chance to see the country they had to deploy away from… some more than once.

Personally, I’d like to see the organization grow. They rely on donations so think about giving. Celebrities like Jay Leno and Mark Wahlberg are onboard already, but the grass-roots are still the way to spread word. There is the hashtag #veteransride so if you share anything about them you can include that. You can also visit their sponsors and let them know you appreciate them supporting a charity that helps wounded veterans. Following them on their social media accounts also helps them show potential sponsors they are serious about their outreach, so scroll to the bottom of their page and follow their accounts. It’s also a great way to see the pictures from the road that will be flooding in just a few days from now.

I struggle myself with being stuck in my head, thoughts running at high-speed in a never ending loop. Racing motorcycles is the only time the world seems to be moving at the same speed my thoughts as my thoughts. The more broke I get chasing that, the more I want to take my motorcycle and just point it at the horizon. Motorcycle therapy is something a lot of us could use more of. 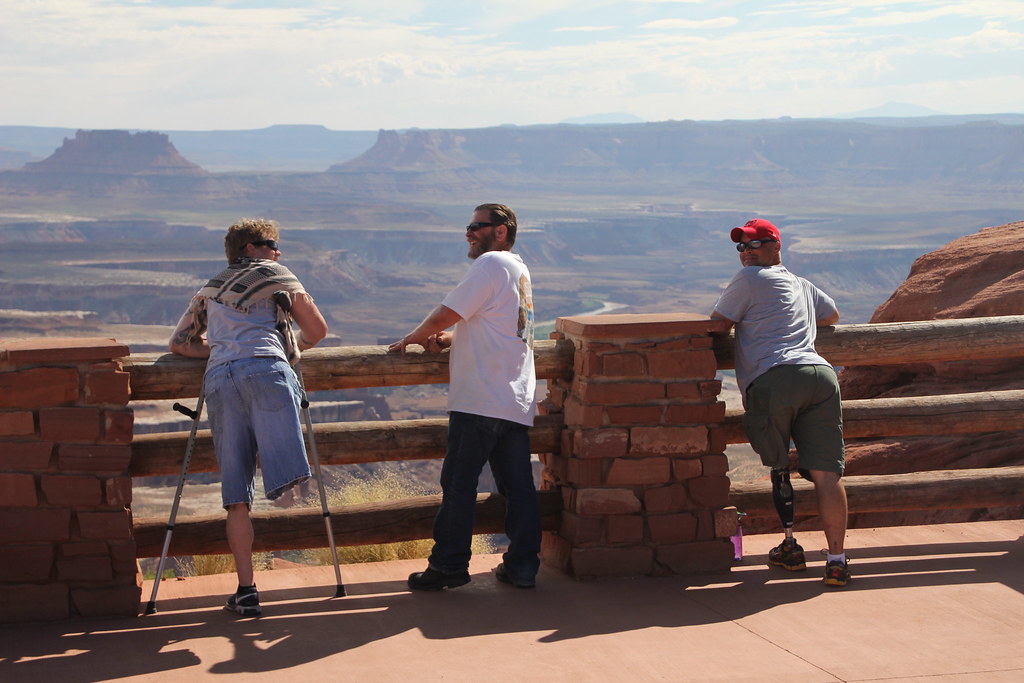