When you think Rally, you probably think of anything from the snow of Sweden to the sandy Argentinean stages, or glamorous and beautiful locations like Monte Carlo and Sardinia? Do far-away lands like New Zealand and Japan come to mind? How about the red rock canyons of the Arizona forest, or the high desert as it climbs to the Sierras? Well, fuel up the car, load the sundries and champagne – we’re off to a rally!

Rally in the United States has been around just as long as it has everywhere else. We weren’t racing to casinos necessarily, just up to the top of mountains. As all night rallies across the globe started adding more and more ‘Specials’ the sport evolved here, just as it did in Europe. From a time-speed-distance category, into a series of flat out, race as fast as you can, closed Special Stages; and from “blind” route-book-only events to reconnaissance and computer generated stage notes, we’ve kept up.

The California Rally Series, which started in 1975, has been helping to run events and a meaningful championship from day one. Don’t think one or two events in California, think six events from Idaho to Arizona. Don’t think of it as “a regional series,” think about it as the largest concentration of rallyists in the US, and by region, think about an area the size of France.

Amateur does not mean slow. Grassroots competitors usually have more heart, and do more with a smaller checkbook then some ‘National’ teams.  Local rallies are won and lost by seconds, and a typical one day event will cover over 60 miles of racing.  How about the excitement?  Here’s an old VW Golf being driven in absolute maximum fury to win Group 2 (CRS-2) at last year’s High Desert Trails Rally.  When Van Brocklin and Secviar cross the finish line they take the lead in Group 2 and set the second fastest time on the stage overall!  Of course, when I said ‘cross the finish line’ I failed to mention that it was the entire car tumbling 8 times after making a mistake on the last corner. This IS rally! Spectating a rally is a challenge that you aren’t used to. There are no grandstands, no concession booths, and the parking usually sucks. You have to hike in, and once you’re there, you’re often stuck there for hours; but it’s worth it, as something magical is about to happen. You’ll have just set up the last of the folding chairs, or settled into a solid ten minutes of sunscreen application when it will happen.  A full throttle tear, can be heard in the distance. *bwaaaAAAAp!* Some dust rises from a nearby hillside and you shush your friends. “Quiet! I think the first car is coming…”  *BWAAA-AHHH-AP!* Longer and closer the next series of sounds makes you think two immediate things: “That IS loud!” and “Holy sh*t – that is coming FAST!” In just a moment, a fire breathing AWD turbo car crests the hill in a mad scramble that took you ten minutes to hike, while this machine covers the distance in seconds. Settling into a gentle drift at over 90MPH, it passes you in a loud whoosh, leaving you stunned and only to wonder how anyone could drive that fast on a road like this?

After this happens, it is entirely possible that you’ll get hooked on rally. We warned you, and we want you to bring more friends next time; but there are some guidelines you’ll need to follow.  Just as hot coffee is dangerous, so too are rally cars going flat out at speed.  Keep where it’s safe.  That means 50 feet from the road and away from the outside of turns.  Know where to go and when to be there.  If you’re not in the right spot, you jeopardize the entire event (This is the reason a lot of rallies don’t allow spectators).  Keep the hoonage to a minimum.  The local state and federal authorities know there is an event going on, so why risk it?  When you pass that ranger sideways he’s going to call the organizers.  Be a rally ambassador. Found a rally with no spectator opportunities?  Volunteer!  Working a start/finish control is just like watching one, only you get to chat with the drivers, snap close ups, and scribble on time cards.  You’re part of the action, and you have a new rally t-shirt and lanyard to show off at the next rallycross.  The organizer might even be interested in a spectator location, get with them and help plan it out!

Stop thinking that it takes a 2-day trip to Guanajuato to see a real rally close up.  High Desert Trails is 2 hours from LA, Gorman Ridge is even closer.  There are rallies scattered around both coasts of the US.  It’s time to support your local rally teams on local budgets and get out to the stages! 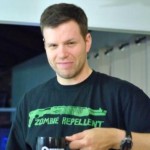