Originally envisioned as a gravel event, Rally in the 100 Acre Wood has historically run the last weekend of February, as temperatures are beginning to rise and spring is about to set in for most of country. However, over the past 6 years anyone who has attended the event has been witness to typical Missouri weather. From 80 degrees and sunny on a Monday, to 6 inches of sleet/snow and temperatures in the 20s/30s by Wednesday/Thursday, its been a challenge for organizers, spectators and teams to prepare for the event. After much debate the organizers and the sectioning body agreed that a date change was needed to allow competitors to run the event as it was always envisioned, on the fast river rock gravel roads of the Mark Twain National Forest.

Moving the event back two weeks to allow for some stability in the Missouri weather, however another challenge was brought to the table, DUST. Thankfully there as enough of a breeze to clear the majority of dust out of the way for the next competitor, however at times shooting was a little limited. As spectators lined the stage roads, hoping for a glimpse of their favorite competitor, we saw the return of Travis Pastrana. Pirelli World Challenge drivers Peter Cunningham and Ryan Eversley of Acura / RealTime Racing hit the stages in a Spec B Honda Fit. Although they were forced into a unfortunate retirement from the event due to a mechanical off, the pair was all smiles. Attrition is the key word for Rally in the 100 Acre Wood, roll-overs, trees and rocks took their toll on competitors as only 19 of the 29 National Championship competitors finished the event. Friday saw 29 of 40 complete the regional, while Saturday 24 of 34 regional competitors finished. Thank you to the event organizers for putting on such a well run event. Here are some additional images from the weekend: 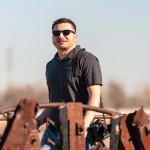 The first time I can remember picking up a camera was at 8 years old on a family vacation. At that time photography was only a hobby while traveling. It wasn't until I purchased my first DSLR after high school that photography became a passion. In 2009, I was given my first credentials to a Rally America event and began to dream of making photography and Motorsports my life. After working with numerous clients in a variety of series from IMSA to Red Bull GRC, photography and Motorsports have provided me with a career and fulfilled a dream.