Some of you may or may not know, I worked on the documentary film, Dust 2 Glory, about the Baja 1000 off road race back in 03′.  Since then I’ve been back to Baja several times, once to document my friend Bill Wall’s ride on vintage Harley’s from Malibu to Cabo; and this past summer to help my friends race the Baja 500.  I was the unofficial ‘Team Coordinator,’ I helped organize our efforts and plan pre-runs of the course.  We got 4th place in the 40+ Pro class despite some electrical gremlins and a head-on with a spectator’s truck going the wrong way on the course!  I’ve also spent the last 11 years racing the AMA District 37, ‘Big 6 Grand Prix,’ Series.  I’ve earned my Intermediate License in the Vet Heavyweight and Vintage (Pre 1975) classes.  So, I know and love Baja.

After 2 months of prepping 8 bikes, working our day jobs and neglecting our families, we had our team and felt we were ready.  We had Jimmy Roberts as our lead rider, who was one of the featured riders in Dust 2 Glory; and he is also a top Hollywood stuntman and son of off road, Baja legend, J.N. Roberts.  Also, as part of the core team were: Matt Lyman, Hawaiian Off Road Guru and team leader; Kevin Ward, Dust to Glory Cinematographer, Baja Champion, Purveyor of Local Knowledge; Steve Trinies, Hawaiian Islands Master of The Tight & Technical At Speed; and Daryl Hambleton, Baja Champion, Anchorman and Instigator.  The team is set, so it would seem.

We drew #410x which would send us off the line around 50th bike.  The bikes start first at 6:30AM and leave the line every 30 seconds.

As we got closer to the actual race there were some scheduling conflicts with Kevin and then Jimmy, was injured while shooting a commercial, which was not a severe injury…but enough to keep him from racing.  Dang!  OK, now we had to go to not even Plan B, but Plan C.  Luckily, when we registered, I added some of Alan’s riding buddies from Hawaii: Dicky Alceran, Rick Seerfried, and of course, ME.  The Hawaiians also stowed their buddy Jerry Miller (North Shore lifeguard, High Surf Rescue Specialist…..Stud) in their luggage somehow, just for extra talent.  We figure we’ve got it covered and head south to prepare for the race.

Meanwhile the rest of my team either starts pre-running or heads south to find their sections, and begin the adventure that is Racing Baja.  The first part of Baja is to attend Contingency Day. It is the final check-in, tech inspection and public display of the race vehicles.  Imagine Mardi Gras in Mexico and a huge tailgater party on pit row at the Indianapolis 500, and that begins to paint the picture of Contingency Day.  The entire town attends and in Mexico, there are no rules or barricades between you and your adoring fans.

Afterward we had completed tech at Contingency Day.  Matt wanted to pre-run the start all the way to Ojos Negros, about 40 miles.  I went along just to ride and and it’s fun bombing up the wash and into the hills around Ensinada, then out into the countryside.  Later that night, we were doing last minute checks on the race bike.  It seems no matter how much prep time you have, it always comes down to the last hours before a race.  Matt Lyman tries to start the bike to check the lights and the big 685 motor backfires and “kicks back” on the kick starter.  Now Matt is a giant of an off-road racer (Silver Medal at the ISDE) but he’s only about 140lbs sopping wet with both pockets full of change, and when the bike kicked back, it threw him clear up and off the bike and injured his right leg.  We broke for dinner with the new plan that I would stay with Matt for the start, just in case he couldn’t kick the bike over with a pulled calf muscle.  Jerry would head to Valley De Trinidad with Pam to take the bike from Matt, and Dicky would go clear down to San Felipe by himself.

4AM-RACE DAY: Jerry, Dicky and I load two spare bikes and the race bike into trucks and head up to the lobby to meet Matt and his wife Pam.  I see Matt gimping his way down the drive in his street clothes, and very calmly tells me, “You have to start the race, I can’t ride.”

The ensuing flurry of activity is kind of a blur.  The race bike was unloaded, the chase trucks were reorganized and the new plan, plan G or H or whatever was put into motion.  Then my team was gone……….. stay calm.  You’ve done this before, you’ve pre-run your sections yesterday and last weekend.  God, grant me the serenity to accept the things I cannot change, the courage to change the things I can, and the wisdom to know the difference!  I meditate in the truck until 5:30, then start the bike and ride into town.  I’m one of the first to arrive at the line-up and find my bike number’s position on the street, and wait for my turn to go.

I really don’t want to be the guy who wads the bike in the first 10 miles and blows the $60,000; and countless hours spent by 20 other people to be here and race the Baja…….calm.

I push the bike to the line and get ready to warm it up.  Big 4 strokes have a very specific starting procedure that must be followed or bad things happen.  Set Choke, kick it through with compression, release 4-5 times to clear it out, find top dead center, compression release, ease past T.D.C., return kick starter to top, crack open throttle 10%, smooth down kick all the way through, careful not to add more throttle, brchuk…….. Nada………. small puff of smoke…….calm…….repeat start protocol. Rumpedeeddadadadada!  I was ready and my start time was quickly approaching, so I put on the goggles and rolled up to the top of the dirt mound for the start photos.  I have a moment to ponder the men who have sat on this dirt mound to have their picture taken and it is awe-inspiring!

I am in position and as I focus on the starter, I watch as his fingers start to count down from 5……4……all noise stops…..3…….calm…….2…and finally….1…and I am racing Baja!!  I hit the bottom of the dirt ramp and I can hear again.  Then the dust sets in and the rhythm of the race, I am racing Baja!

My day racing went well.  I was fast in the first section and in another section.  I hit a rock I never saw in the shade of a tree and put myself on my head.  According to the local spectators/hecklers, I was the 6th guy to eat sand on that same rock, “Well, thanks for the stats, muchachos!”  Anyway, through checkpoint 1 and I’m back up to speed.  Down the infamous, ‘Goat Trail,’ and into Valley De, just passed the Pemex and there’s my team.  We need an air filter and a rider change but we’re still in the race. I dismounted and wished the next rider, Jerry, good luck and to be careful.  My race day is over……….calm.  Hugs and accolades from the rest of the team. This rookie did his job, even with one tip over, I brought it home safe. 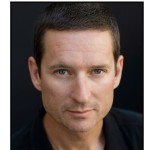